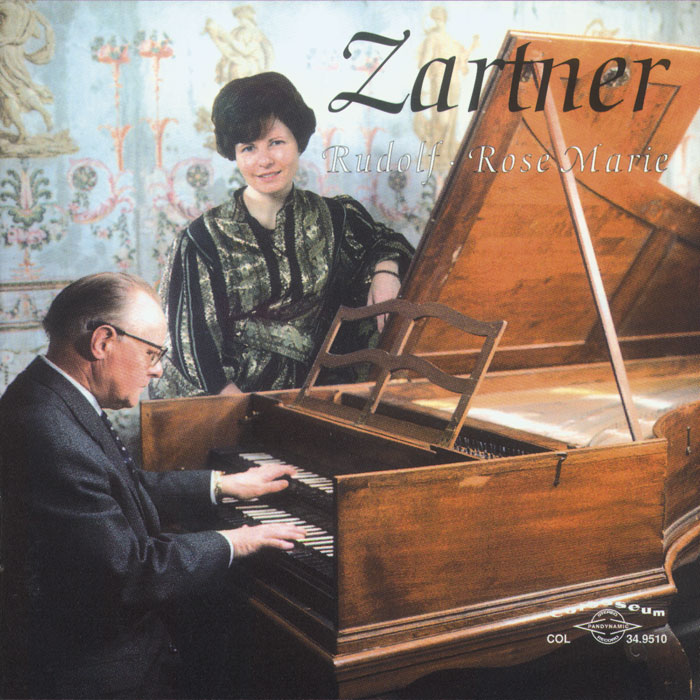 RUDOLF ZARTNER (1909-1993)
The organist Rudolf Zartner was a pupil of Karl Straube, who died in 1950 in Leipzig, having gained prominence particularly for the authenticity of his interpretations of Bach’s works. A teacher at the Konservatorium für Orgelspiel (“Conservatory for Organ Playing”) and organist at the Gustav-Adolf-Gedächtniskirche in Nuremberg, Rudolf Zartner was one of the organists who carried on Straube’s musical legacy. Born on January 7, 1909, in Schonbach near Eger (or Cheb, Western Bohemia),  Zartner studied at the Deutsche Akademie für Musik in Prague and later with Professor Straube in Leipzig. Protracted concert tours took him to Sweden, Belgium, France, Switzerland and Italy. A frequent guest of German broadcasting corporations, Zartner was not only to be heard on the organ but also on the harpsichord. He was much in demand as a soloist, performing at international music festivals in Aix-en-Provence and Brescia, the Bach festival in Ansbach, Germany, and the international organ festival in Nuremberg. His last concerts in Milan, Ravenna, San Vitale and Geneva were a tremendous success.

ROSE MARIE ZARTNER
Rose Marie Zartner, a Nuremberg pianist and daughter of the all-round musician Rudolf Zartner, shows an instinctive affinity to Reger’s miniatures. Each of the lapidary scenes comes to life, as it were, wound into a sumptuous bouquet of a dozen colourful Blätter und Blüten—or “leaves and flowers.” Rose Marie Zartner studied with Professor Branka Musulin at the Frankfurt Musikhochschule (conservatory) and in the master class with Professor Bruno Seidlhofer at the Cologne Musikhochschule, where she took her degree as a concert pianist in 1968. The popular pianist has won several competitions and enjoyed sensational success in numerous concerts in Germany and abroad.