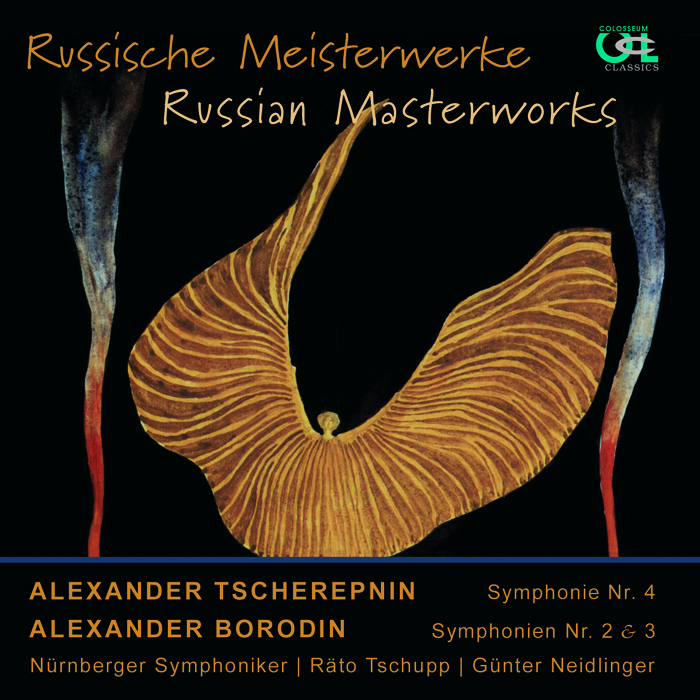 The influential Aaron Copland, the American son of Lithuanian immigrants, raised his colleague Alexander Tcherepnin to the rank of “honorary American composer”, whereas for Tonu Takemitsu Tcherepnin was the “father-figure of Japanese music”. In pre-war China he even rose to being the right-hand man of the culture minister – yet, though he was a citizen of the musical world who within a short time had become able to move in grand style within all social circles, he never denied his Russian roots. Just a few years before his death he attended several concerts in Germany, not only premiering his own fourth symphony but also happily conducting the second symphony of his compatriot and namesake, Alexander Borodin.

The music of these two composers is perfectly compatible, as becomes clear in this CD, in which Colosseum has coupled together two recordings dating from the early 1970s. The strong, rugged language of the more or less self-taught chemistry professor Borodin stands here in its untamed power alongside the constructively disciplined yet compellingly emotional works of Tcherepnin, notable for their extremely refined orchestral technique. An example comes in the second movement, where in the maniacal timpani solo the composer flings open the flood-gates of his temperament. Borodin’s third symphony, a two-movement fragment, rounds off this CD in the “Russian Masterpieces” series.