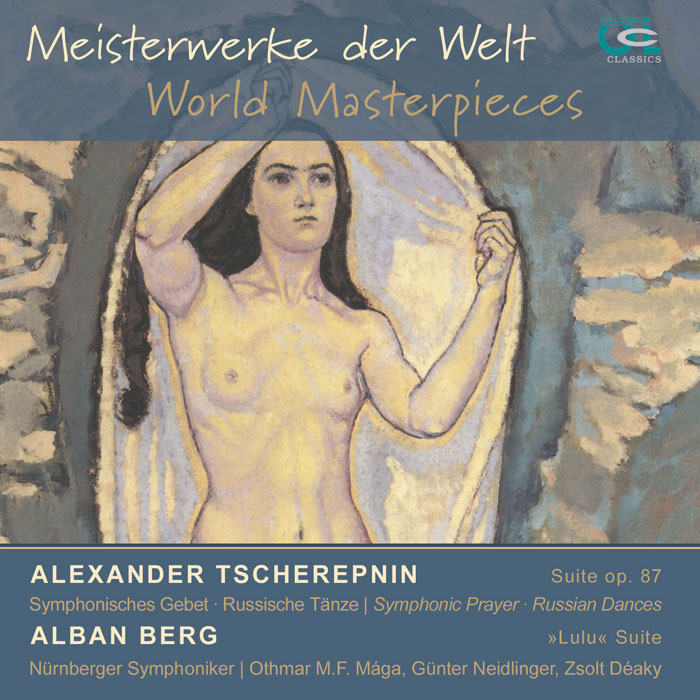 Alexander Tcherepnin was what is known as a true cosmopolitan, who was able, thanks to his great musical resourcefulness, to exploit the limited potential of the Far Eastern pentatonic system to create some astonishing compositions. Yet he was Russian to the core, and Russian in every variant, from the almost naïve colourist, as in the five Russian Dances op. 50, to the Symphonic Prayer op.93, which remains one of his most popular works.

A few years before the appearance of this appealing and effective score he had written the four-movement Suite op. 87 for the orchestra in Louisville, USA. The Suite was based on the ballet Der Abgrund (The Abyss). In this semi-autobiographical music we hear something of the state of mind of an artist who continually has to find his way around new cities until eventually the individual impressions crowd together to form a single whirling metropolis.

The scenario of the opera Lulu is similarly made up of various cities all bound together into a single “abyss”. As with his earlier opera Wozzeck and his “Wozzeck symphony”, Berg took various orchestral numbers from the opera and made them into a suite for the concert hall. It could be said that the compositions of Alexander
Tcherepnin and Alban Berg complement each other in several ways, although when seen from technical and geographical standpoints they form a stark contrast. Once again we can observe that the greatness of their personalities raises their creative power and the artistic ambition above all apparent limits, and thus the Austrian Berg becomes a cosmopolitan and the cosmopolitan Tcherepnin becomes, to some extent, a Russian Austrian.