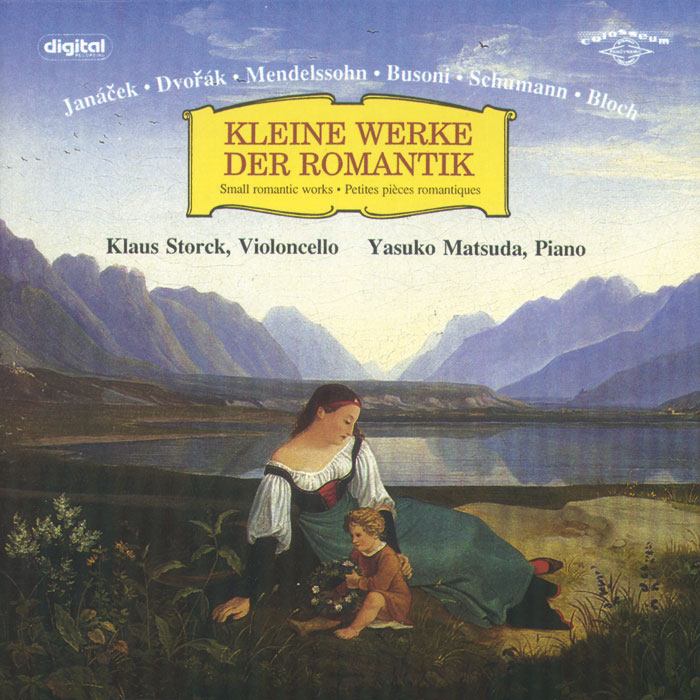 Folk music is the dominant idiom here, and not only in the five pieces op. 102 for cello and piano written by Schumann shortly before the breakthrough that came with the success of his “Rhenish” symphony. The desire to escape from the complexities of art and return to the original natural state, even if heightened by art, and to find healing in this retrospect, is equally evident in all the romantic miniatures gathered together in this CD. These range from Dvořák’s beguiling The Silence to Janáček’s Fairy Tale, and from the “songs without words” by Mendelssohn and Bloch, to the Variations on the Finnish folksong Kultaselle by Busoni, one of the greatest thinkers of the late romantic and classical modern eras, who occasionally abandoned constructive speculation in order to devote himself to European and exotic folklore.

A yearning for the simple things in the life of an artist resonates through every note of this music, and is most particularly eloquent on the singing strings of the cello, which is predestined to a close affinity with the human voice and therefore has the power of direct emotional appeal, as here in these “pieces in folk style”.