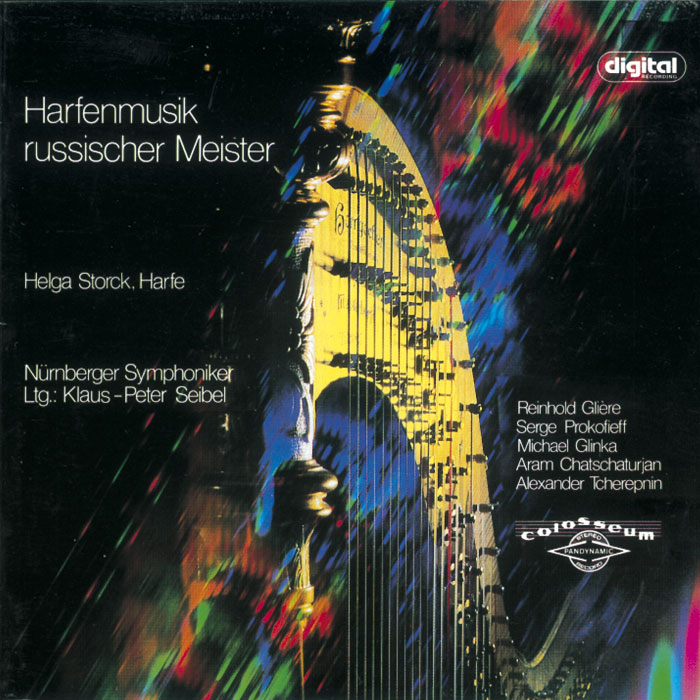 One of the most beautiful romantic harp concertos in the company of some delightful compatriots, performed with a high degree of musicality.

Although the harp is one of the oldest instruments known to man, there is scarcely a classical composer whether past or present who has succeeded in writing a successful concerto for it. One exception is the Russian composer Reinhold Glière, whose polished, effective and exuberant concerto surpasses any other comparable work in quality.

Glière, famous for works that include his third symphony, “Ilya Murometz”, and his ballet The Red Poppy, wrote this concerto in 1938. It is a work that draws on classical sources and the spirit of Russian national romantic composers in the same mould as Mikhail Glinka. In that year Prokofiev, here represented by one of his own characteristic creations, had returned home after several years in the West and had more or less toed the official line with which his colleague Khachaturian had had no problems even in his youth. The relatively polyglot Tcherepnin escaped to the wider world in order to realize his advanced ideas. This is why the programme put together by the great German harpist and teacher Helga Storck highlights many different aspects of the potential of this modern and immensely difficult instrument, such as prominence in solo roles, intimate dreaminess, zestful experimentational rhythms, and new and sophisticated approaches to folk music and its traditions.