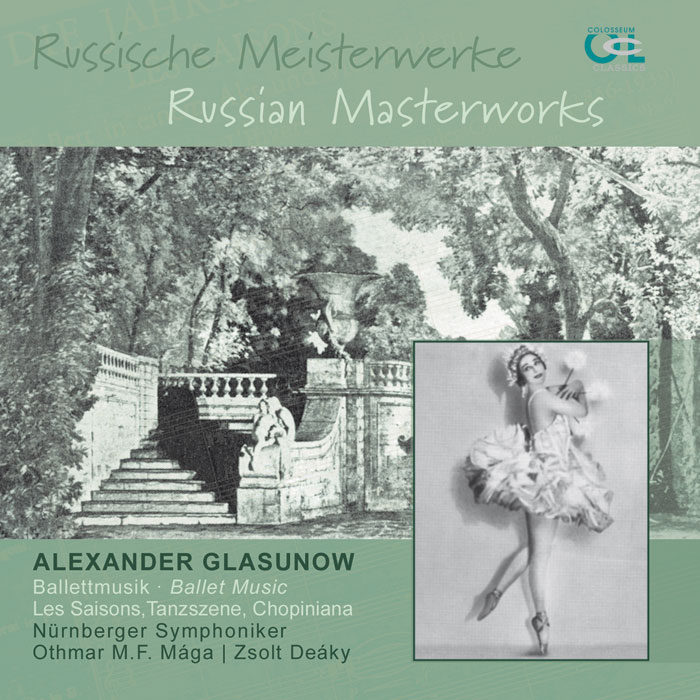 When the rumour began to spread amongst Russian music-lovers that Alexander Glazunov was setting out to conquer the realm of ballet after his other successes, an expectant murmur ran through the salons: for many years, everyone interested in the music of the day had been able to observe the development of the promising young prodigy into a composer who was both successful and influential and who, apart from a few minor idiosyncrasies, was also a much sought-after teacher and conductor.

The “dolls” so especially popular in Russia were soon being made to dance in, for example, Glazunov’s allegorical ballet The Seasons, which was recorded for Colosseum in 1975 by the Nürnberger Symphoniker under Othmar M.F. Mága. This is a delightful story even when presented as a purely musical happening. In it the composer displays his full palette of colours and places all the resources of his compositional expertise in the service of his musical imagination.

Moreover it also exists in an equally delightful miniature, the Dance Scene op. 81, composed for Maria Petipa, daughter of the legendary choreographer, as well as the relatively familiar Chopiniana, which consisted initially of merely orchestral arrangements of various piano pieces, but which, thanks to Mikhail Fokine, the inventive pupil of Petipa, grew into a fully-fledged ballet called Les Sylphides. This, of course, was to become yet another hugely popular success for that eternally youthful prodigy, Glazunov.