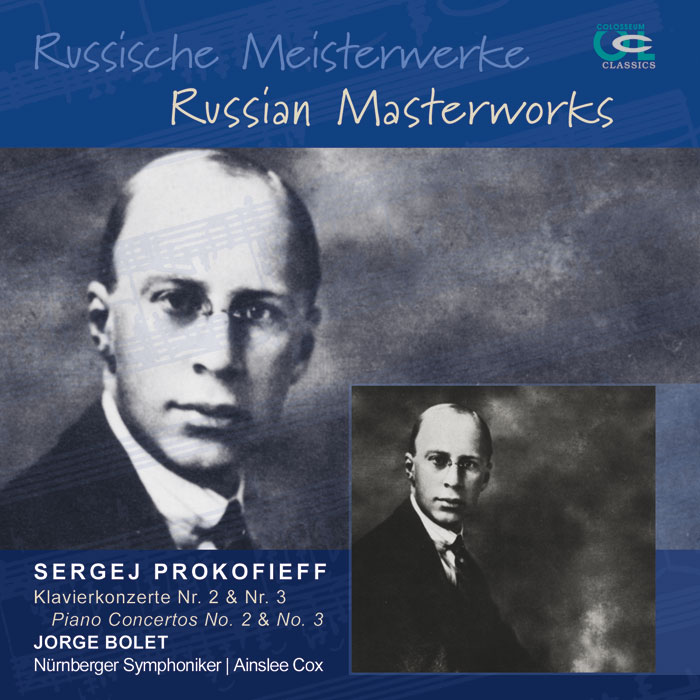 When the Cuban pianist Jorge Bolet (1914-1990) was transformed from exceptional musician to star performer, he was almost sixty years old. A piano recital in New York’s Carnegie Hall became the occasion for a triumph for the man from Havana who was already greatly valued by connoisseurs, and from then on he was seen as one of the great figures on the international classical music scene.

He had always been a sight worth seeing, a fabulous pianist with the ideal combination of nonchalance, charm, grand gestures and incorruptible musical sensibility, a virtuoso who never allowed the cult of fingerwork to obscure the spiritual and emotional content of the music, and who was able to produce superb results where many a deft-fingered colleague would confine himself or herself to an enjoyable duel with the keys. A case in point is the two piano concertos recorded here, which the ever-provocative Prokofiev had written for the immense capabilities of his own hands; even today the demands they make are alarming, especially in the terrifying cadenza in the first movement of op. 16. Music-lovers will be all the happier with these interpretations, which show this stalwart pianist not only testing the resilience of his instrument but bringing out the music’s inner depths, so carefully concealed behind the façade. Jorge Bolet  could do it convincingly, and this lends his piano recordings a star quality which is still just as great today, 20 years after his death, as it ever was.