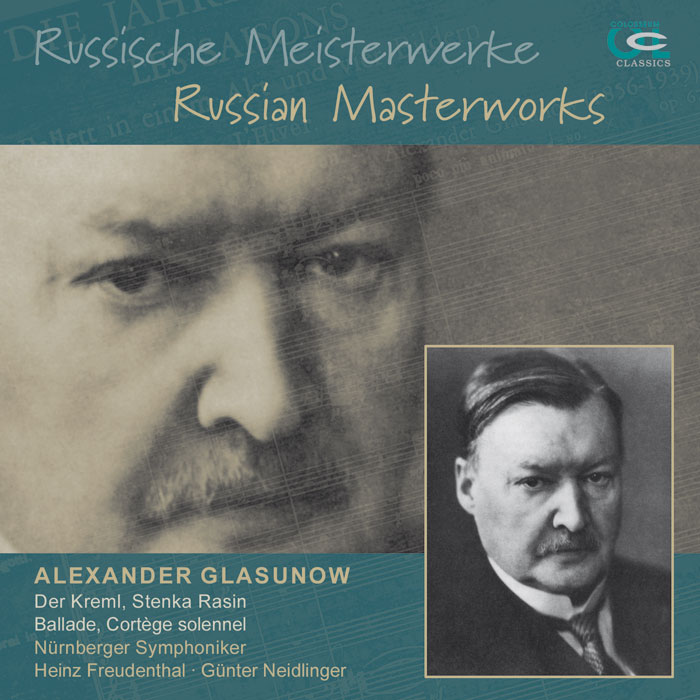 The Russian composer Alexander Glazunov was a phenomenon. Neither the setbacks which his career inevitably encountered during the October Revolution nor the massive subsequent reduction in his living standards could diminish his creative energy or his personal concern for his students. He steered the frail bark of inspired music-making past every obstacle and hazard, and to the end of his life, in exile in Paris, continued to try out new things, even attracting attention with a concerto for saxophone.

Great interest was taken in Nuremberg some decades ago in the creative output of this brilliant man. This resulted in a series of recordings which have meanwhile become available on three separate CDs under the title “Russian Masterpieces”. Our programme shows Glazunov drawing on the great, indeed inexhaustible fund of stimuli from his homeland, from an outstanding hero figure (Stenka Razin, op. 13) to the grandeur of a majestic complex of buildings with multiple historical associations (The Kremlin, op. 30); then the soul of Russia sings a ballad, and finally a solemn cortège honours Vladimir Stasov, the great art critic and champion of Russian romanticism who provided the theoretical foundation for natural sources of inspiration of this kind.