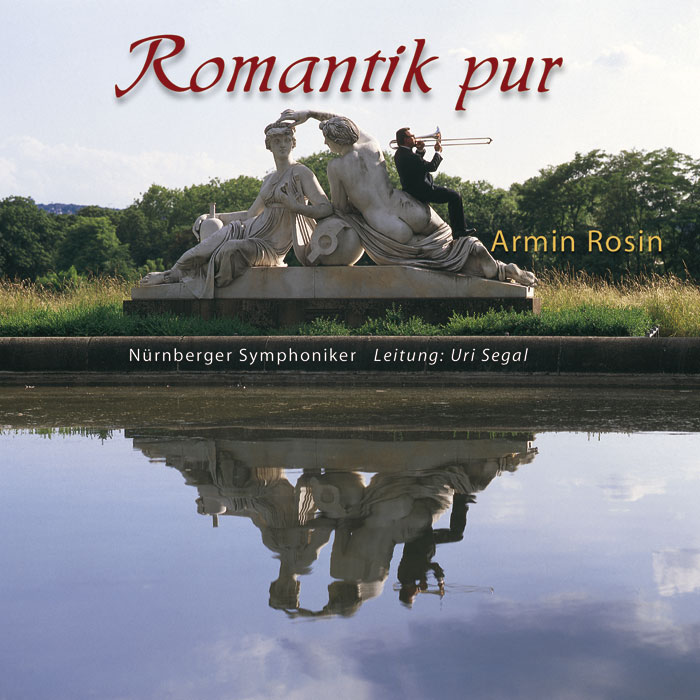 The unwieldy appearance of an instrument familiarly known to German insiders as a “Kanne” (can or pot) should not mislead us into failing to realise that, in the hands of a skilled exponent, the trombone is capable of miracles in all its registers. Armin Rosin is one of the outstanding, indeed already almost legendary masters of this mellifluous and opulent-sounding instrument – an artist who, on one or other of his valuable trombones, has played almost everything in the repertoire from jazz to the most demanding avant-garde compositions.

He takes particular delight, of course, in devoting himself to the romantic concerto repertoire, whose cornerstones – the works by Friedebald Gräfe, Ernst Sachse, Eugen Reiche and Josef Serafin Alschausky, for example – he made very much his own. Recordings made in the days of “black discs” by Armin Rosin and the Nuremberg Symphony Orchestra under Uri Segal can now be enjoyed on this splendid CD, which also includes a rarity: the double concerto for trumpet, trombone and orchestra by the Dutch composer and conductor, Jan Koetsier (1911-2006). In his recording of this delightful piece Armin Rosin is joined by the famous English trumpeter John Wilbraham. Both rise to the considerable technical challenges presented by a work which, although so demanding, never abandons the terra firma of tonality, even when these two virtuosos soar to the dizziest heights.