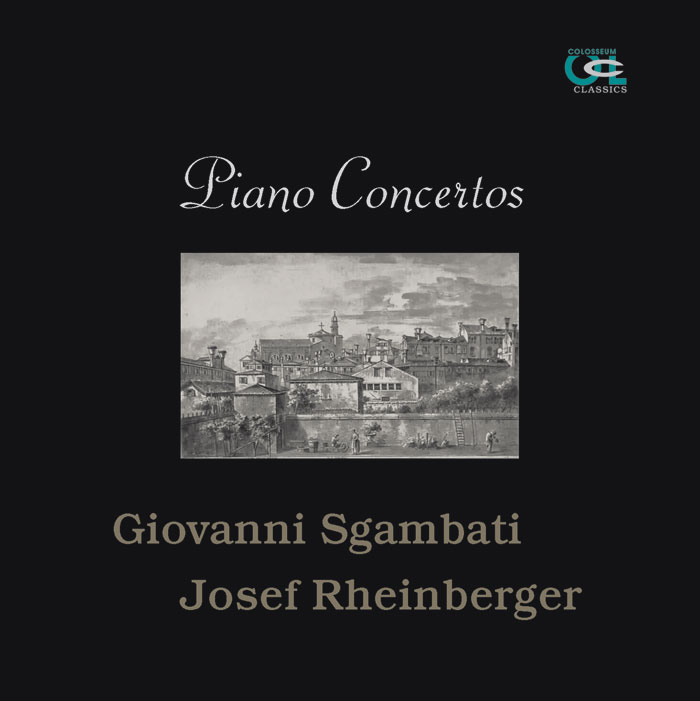 Imagine the two contrasting Romantic composers Schumann and Liszt standing on opposite sides of a musical lake, throwing stones in to see how the widening circles in the water intersect, crowd each other out, and sometimes, perhaps, make each other higher – this is the effect of this astonishing pairing of two completely different piano concertos, in which the powerful, highly virtuosic musical language of the Italian firebrand Giovanni Sgambati clashes with the much more conservative tones of Josef Rheinberger, who hailed from Liechtenstein but chose Munich as his home. The Italian did not conceal his indebtedness to his mentor Liszt, revealed unmistakably in his emotional range, whereas for Ruiz the guideline was the sound-world of Schumann. Ruiz, the sought-after teacher of many prominent pupils, who was incorruptible as regards the techniques of composition, poured Schumann’s once revolutionary spirit into well-crafted and perfectly-formed vessels.

In its day the only possible soloist for the Sgambati concerto was the excellent Cuban pianist Jorge Bolet (1914-1990), who with his virtuoso, worldly-wise vision conjured a great listening experience out of the complex score. His younger colleague Adrian Ruiz showed a similar persuasive power in the elegant concerto by Josef Rheinberger.