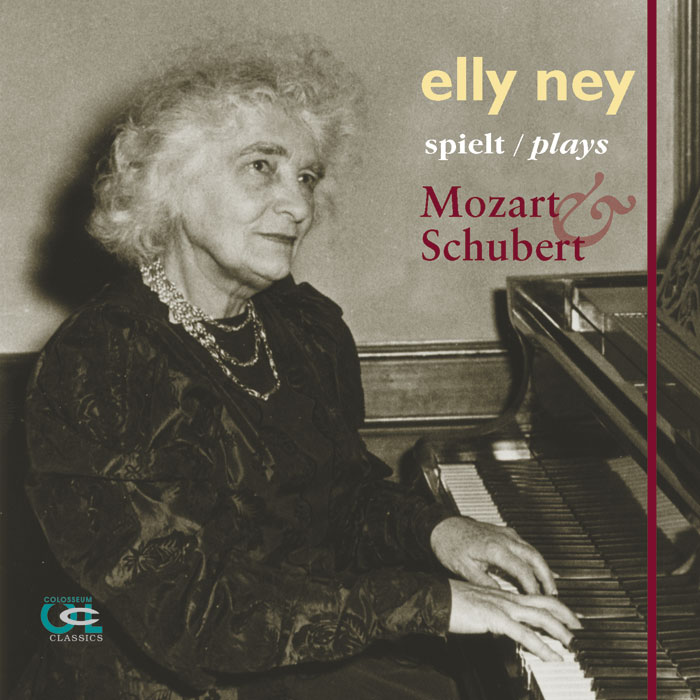 A classical spiritual affinity between the composers, and a rare ability to enter the mood of the sombre German dances – these round off the Nuremberg edition of the recordings of Elly Ney.

Between the birth of Mozart and the death of Schubert there is a span of 72 years, and anyone with a propensity to believe in the supernatural could easily hit upon the idea that some creative spirit might have inserted a pause during this time in order to make room for a new, revolutionary figure in the form of Beethoven, whose life is framed by those of the other two, his apparently close relations. While this “cousin” was deeply influenced by Mozart and in his turn exerted some influence, in certain aspects, on Schubert, those two, who both died so young, had a stronger mutual affinity, especially in two particular features. These are their lightness of touch, which in both, until shortly before their untimely deaths, concealed a deep inner grief, and their unaccountable gift of turning everything they touched into musical gold, like a more fortunate Midas.

These two, therefore, form a perfect pairing in this CD, in which dance-like attitudes and more sombre strands are blended together. Particularly telling is the A minor Rondo by the 31-year-old Mozart, which touches on realms of pain that even Figaro and  Papageno are powerless to brush aside.