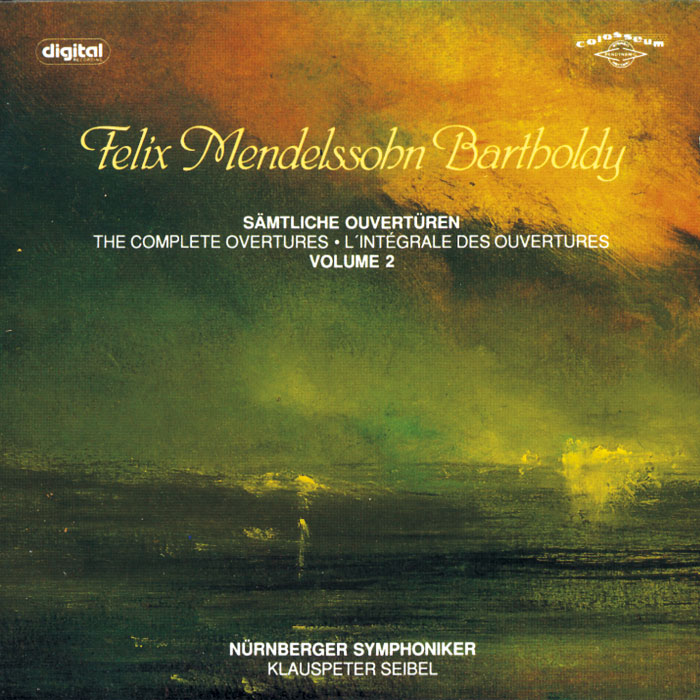 Opera was definitely not the genre in which Mendelssohn’s experiments were most successful – and even the attempts that have been made in recent times to lift his few operatic works above the level of talent test have failed on account of their substance.
But it is quite a different story in cases where the composer’s imagination was fired by a literary, visually scenic or dramatic subject. Here he produced numerous important overtures which can be performed in the concert hall independently of any wider context, even if they were not specifically intended for it. His “tale of the fair Melusina” was a riposte to Konradin Kreutzer’s opera of the same name, which he disliked so much that he concentrated its entire poetic content into a single symphonic piece. Mendelssohn’s focus on Victor Hugo’s play Ruy Blas came as a consequence of a powerful emotional reaction to its subject-matter, which he considered “infamous and totally repellent”.

The overtures to St Paul and Elijah have quite different starting-points. These were the two great oratorios with which he forged a link with the much-admired masters of the German baroque. For Die erste Walpurgisnacht the great figure in the background was of course the Goethe of Faust. Lastly the grandiose incidental music to Racine’s Athalie owes its existence to a Berlin stage performance. It is impressive as a complete work, and its overture is also full of suspense, preparing the atmosphere appropriately for the drama that is to follow.