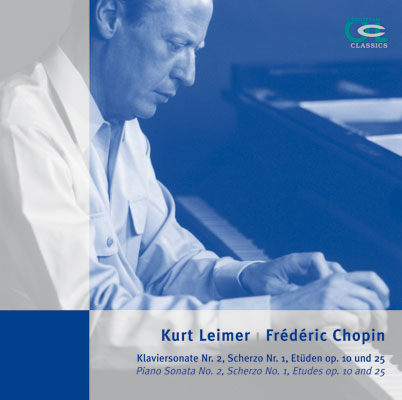 The Rediscovery of an Extraordinary pianist Kurt Leimer

THE COMPOSER:Kurt Leimer (1920 – 1974), German concert pianist, composer and piano professor. With the help of a scholar-ship, he was able to attend the Spangenbergsche Konservatorium in Wiesbaden in 1936, where he studied piano with C.Heintl, and, from 1937 onwards, with Wilhelm von Keitel. In an evaluation written in 1937, Walter Gieseking, Carl Schuricht and Wilhelm Furtwängler spoke of Leimer’s abilities with the highest praise. As a result of this evaluation, Kurt Leimer received a scholarship for the Berliner Konservatorium where he continued his pianostudies with the Rachmaninoffstudent Wladimir Horbowsky and Winfried Wolf. Kurt Leimer’s first public appearance took place in 1938 in Berlin, when he was eighteen years old. In 1939, an additional scholarship enabled him to study with Edwin Fischer and continue his studies in composition at the Berliner Konservatorium (among others with Kurt von Wolfurt). Towards the end of WWII, Kurt Leimer was drafted into the Wehrmacht and was captured in 1944 in Livorno. His career as a concert pianist and composer began after WWII and lead him to the most important stages of the world. In 1953, Kurt Leimer was appointed to the Akademie für Musik und Darstellende Kunst Mozarteum in Salzburg, where he held a professorship until the end of his life and was responsible for leading the master class of the Salzburger Sommerakademie. (www.kurtleimer.ch)