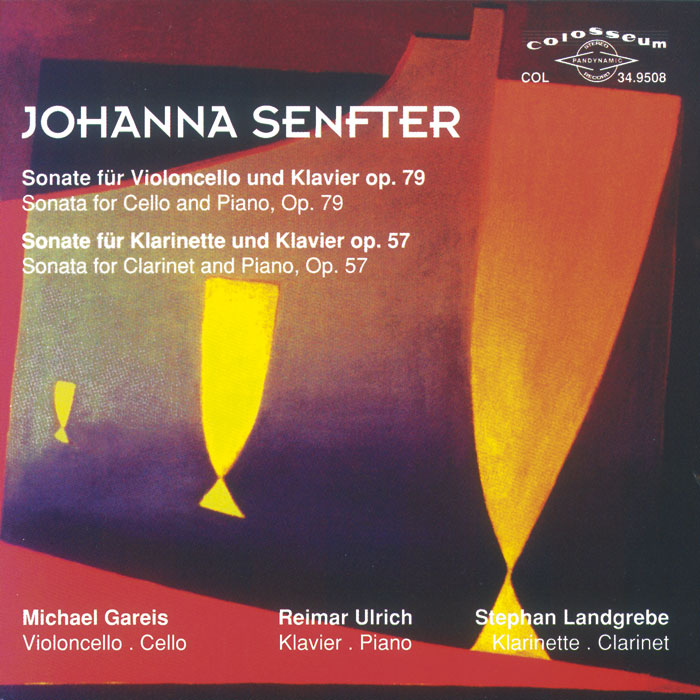 Rumour had it that the main reason Max Reger gave encouragement to his pupil Johanna Senfter was that she came from a wine-growing family on the Rhine. Closer attention to the facts shows, however, that this idea is without foundation. The truth is that the teacher’s high opinion of his protégée was founded entirely on her artistic gifts, which in the course of a long life produced an oeuvre that was not just impressive but truly remarkable. Johanna Senfter is a powerful composer, Reger’s musical soulmate as regards her extremely effective powers of invention, though, despite her similarly dense style of writing, she never copies him.

The two sonatas, one for clarinet and piano, the other for cello and piano, were both composed in the 1930s, and have an austere yet lyrical character.. The instrumental parts are closely intertwined. Despite their serious mood both works are shot through with a somewhat Brahmsian humour almost as if, knowing that he had a fairly low opinion of female composers, she had wanted to attack him posthumously with his own weapons