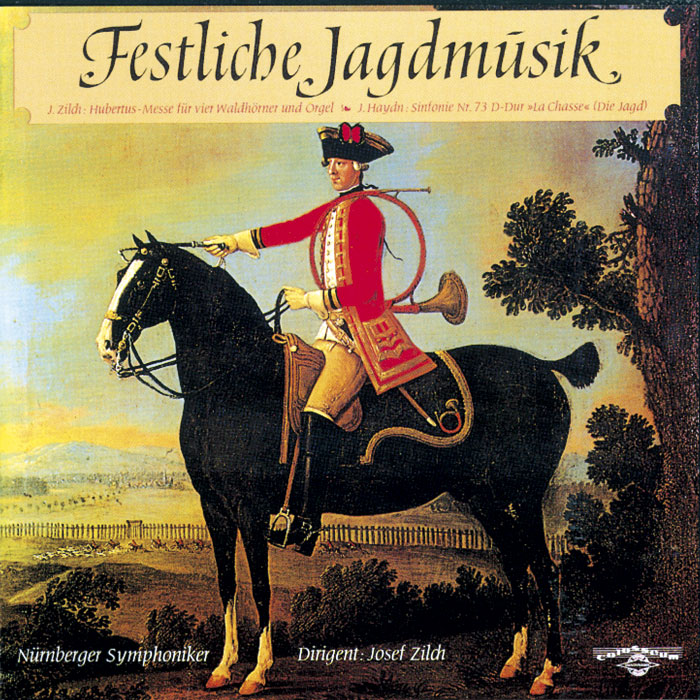 “The one thing I really enjoy is a merry hunt!” The noble pursuit whose praises JS Bach sang in one of his most worldly cantatas is as essential to European music as to painting. The joyous (at least for the huntsmen) “Horrido” – the signal that rang out before, during and after the chase, that pastime of princes – was heard in aristocratic interiors as well as in the open air. When writing music to entertain his princely employer, Joseph Haydn was very fond of including the blare of the horns, as for instance, in his Symphony no. 73 in D major, “La Chasse” and several other works in which the characteristic “hunting rhythms” are easily recognised.

Josef Zilch, on the other hand, born in 1928 in Schwandorf, the conductor and composer of light-hearted pieces and an enthusiastic huntsman, starts on his Hubertusmesse even before the hunt takes place. St Hubert is the patron saint of those who hunt wild boars, hares and stags and his task is on the one hand to guarantee good hunting while on the other hand providing protection from the sharp tusks of boars, broken bones, stray bullets and so on. A mass in his honour is not unusual, but Zilch’s is a small work of art. Written by a passionate huntsman for four horns, organ and orchestra, this successful piece was awarded a “Golden Disc”. Already the recipient in 2004 of an honorary doctorate from Tokyo’s University of the Arts, Musashino, Zilch received the Culture Prize of the city of Aschaffenburg in 2000 and in 2004 was awarded a similarly-named prize by the German association for the protection of game.