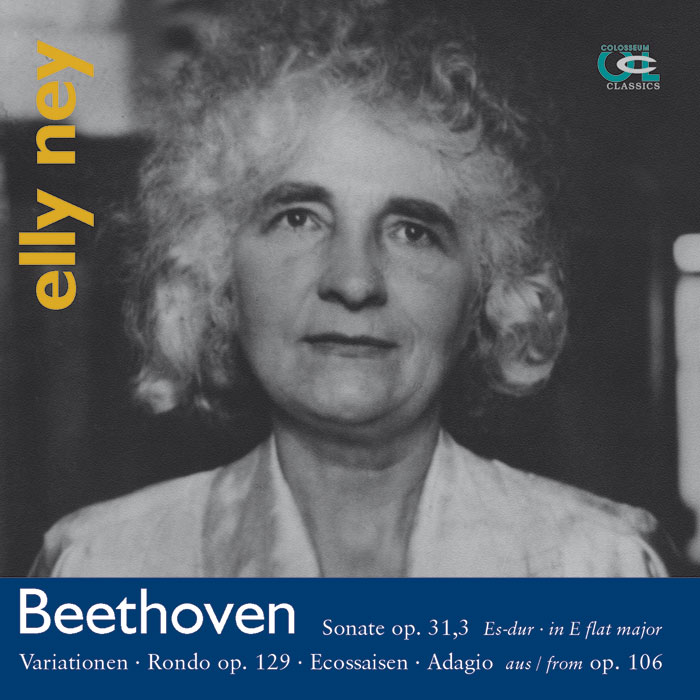 “Just as Beethoven’s impact radiated out into the whole world, far beyond his origins in Bonn, so Elly Ney enabled his music to be heard in other parts of the world, opened up the way to him for innumerable listeners, and touched their hearts.” (Wilhelm Daniels, Mayor of the city of Bonn)

Much of the material Beethoven entrusted to the piano in sonata form had, over large stretches, the potential to be used symphonically. This is particularly true of his early years, when there were many points of contact between these apparently different genres, as in the last of the three op. 31 sonatas, the four movements of which cast a sideways glance at the orchestral works he was writing at almost the same time.

Around this focal point lies a panorama of all that Beethoven was: a great master of variation form (the Finale of the Eroica Symphony immediately comes to mind), a passionately keen dancer, a man with a ribald, droll sense of humour, and a poetic architect who, towards the end of his life, was only marginally interested in external norms and forms. This is made clear in the powerful and in its way almost symphonic Adagio from the monumental “Hammerklavier” Sonata op. 106 which Elly Ney recorded, or rather sang, at her instrument shortly before her death.