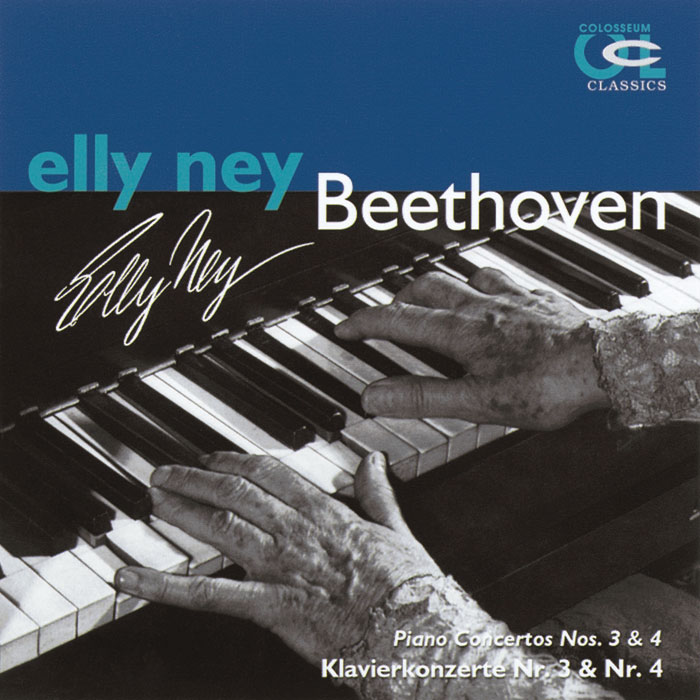 When Elly Ney and the Nuremberg Symphony Orchestra recorded these two piano concertos, the authorities were in the process of planning the “anti-imperialist protective wall”, better known as the Berlin Wall. By the time Colosseum reissued the same recordings as part of the great Elly Ney retrospective, nothing remained of this construction apart from a few fragments left as a memento. Once again spirit had triumphed over matter, and fifty years of musical history displayed a longevity quite different from that of any construction of concrete, however durable.

The present recordings, like that of the fifth piano concerto the year before, were conducted by Willem van Hoogstraten, a frequent long-term visitor to Nuremberg who endowed its resident orchestra with an impressive nobility of sound.  The career of this excellent musician from Utrecht took him, after periods in Eltville and Krefeld, to the New York Philharmonic, where he conducted regularly between 1922 and 1938. He was also in demand at the Salzburg Mozarteum, and received an honorary doctorate from the University of Portland.

The deep artistic understanding that is plain to hear in his concerto recordings with Elly Ney was the expression of an elective affinity rather than a chance phenomenon. The two musicians had met in Cologne and had been husband and wife since 1911.
Track listing