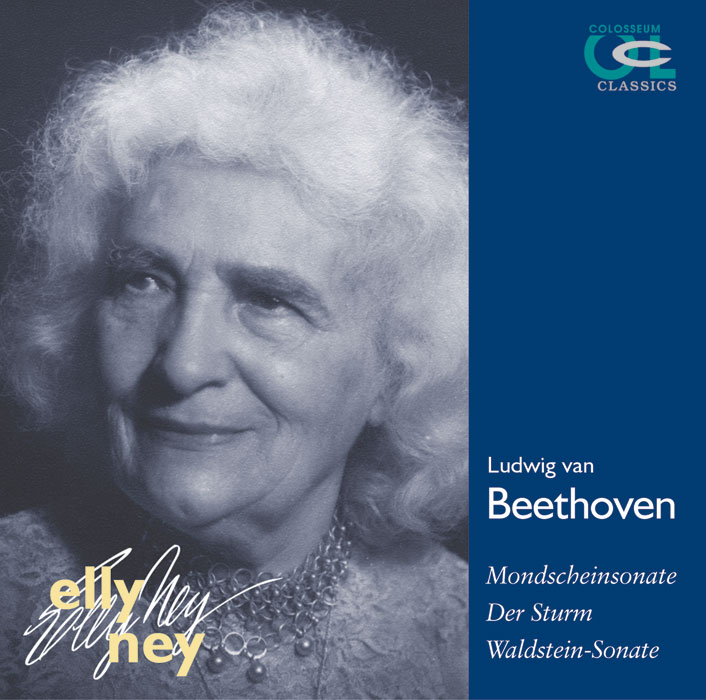 Three famous examples from sonata literature in one CD: classical awareness of form intersects with romantic and revolutionary impetuousness, and this is where Elly Ney’s irresistible Beethoven becomes an occasion to celebrate.

The task of unravelling the secrets that give nicknames to certain works of art and condemn others no less meaningful to an existence in the penumbra of public awareness would be worth a study in its own right. For example, would Beethoven’s Sonata in C sharp minor op. 27 no. 2 have acquired the same status if someone in a mood of lyrical exuberance had not attached the pretty name “Moonlight” to it? And why did its companion piece, the no less fascinating Fantasy Sonata in E flat major, not rise to equal pre-eminence? And would the middle of the three op. 31 sonatas have risen above its sisters to right and left if Beethoven’s over-zealous pupil Anton Schindler had not seized upon a chance remark of Beethoven’s and suggested that the sonata was a depiction of Shakespeare’s Tempest?

The Waldstein Sonata, that unlikely near-contemporary of the fourth symphony and of the disconcertingly concise but untitled Sonata in F major op. 54, is the only one whose title is fully justified, because its dedicatee was the composer’s noble patron, Count Waldstein. And the name says nothing about the work’s content.

Fortunately Elly Ney, despite her ultra-romantic temperament, was not one of those Beethoven interpreters who allow themselves to be sidetracked by trivial details of this kind. Extra-musical content, even perhaps programmes, are far less important to her in the performance of these top audience favourites than exploring what the composer says in and between the notes – about life, existence and the universe in all its colourful variety.
Track listing