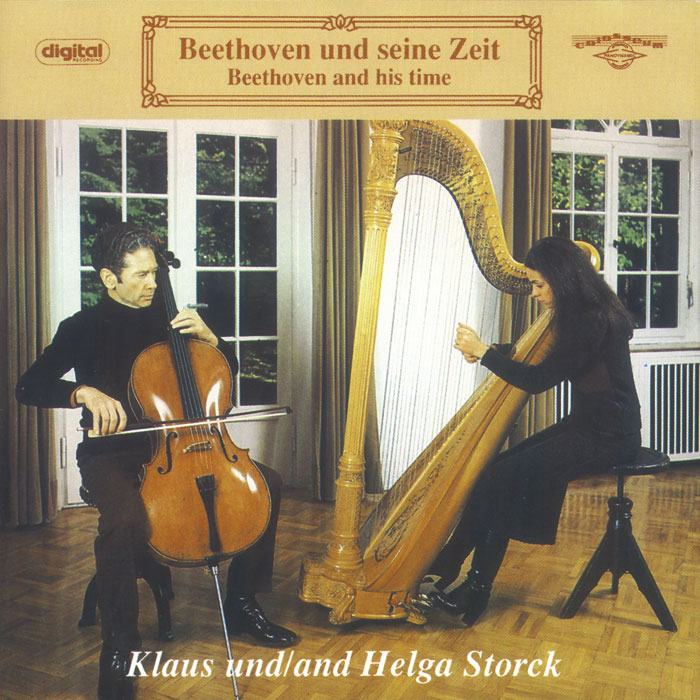 Pieces for Harp and Violoncello

The intimacy of strings, some bowed, others plucked, can easily mislead listeners into  failing to realise that, in their day, many of the pieces in this apparently very private programme in fact reached out to much larger audiences. When the violinist and composer Louis Spohr appeared before the public with his wife, a virtuoso harpist, in order to perform one of his demanding yet delightful creations for duo, they may have been as warmly received as the performances by the cellist Jean-Louis Duport, who, even in his old age, was still dazzling audiences with his spectacular technique and lyrical interpretations.

Alongside these works our programme contains two of those domestic pieces that Beethoven used to toss off in his spare time: the Variations on a Swiss Song, familiar to many a piano pupil but even more charming on the harp, and an Adagio that may have been intended for a mechanical clock but which in the hands of Klaus and Helga Storck blossoms out into something that is far from mechanical.